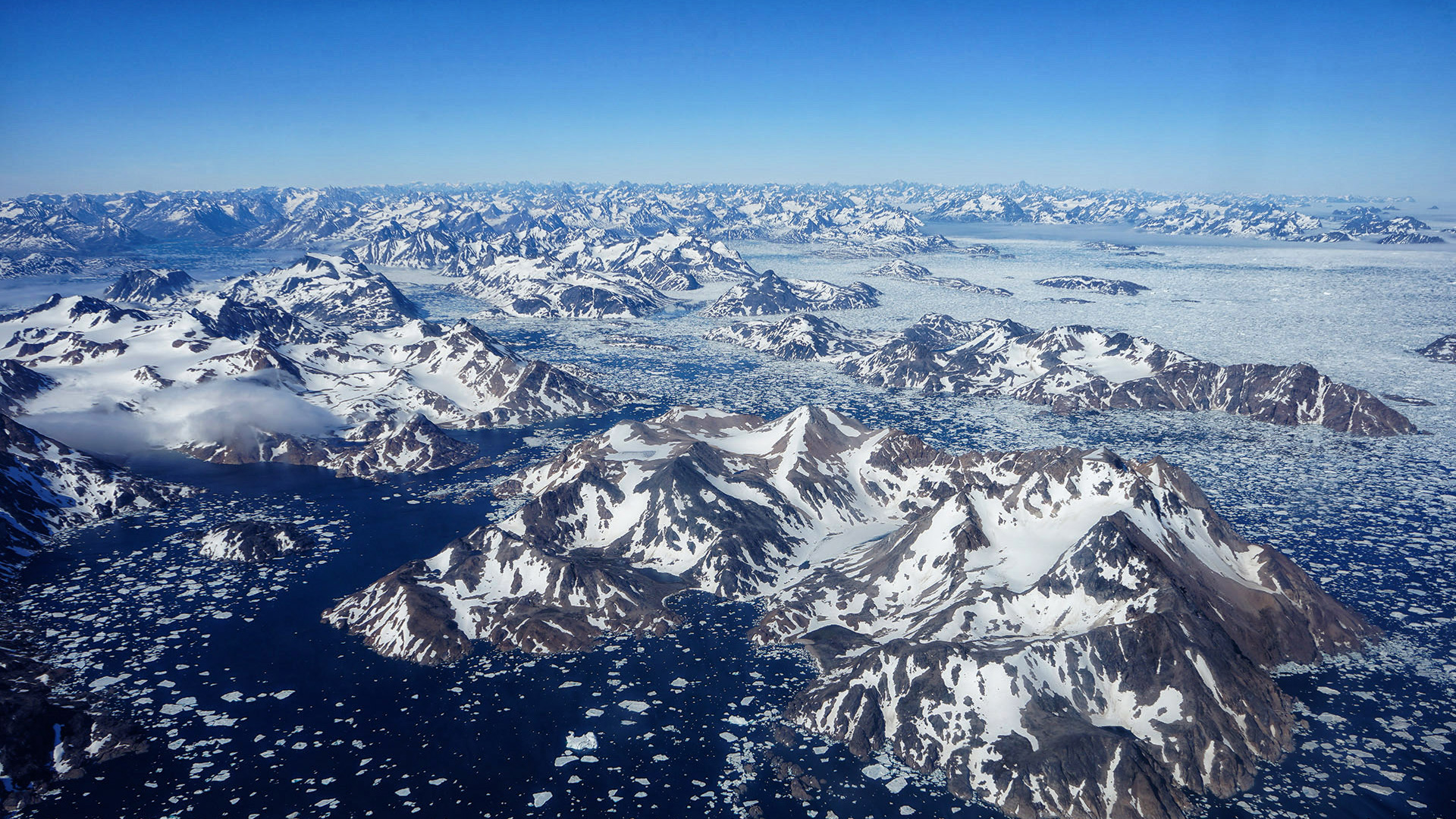 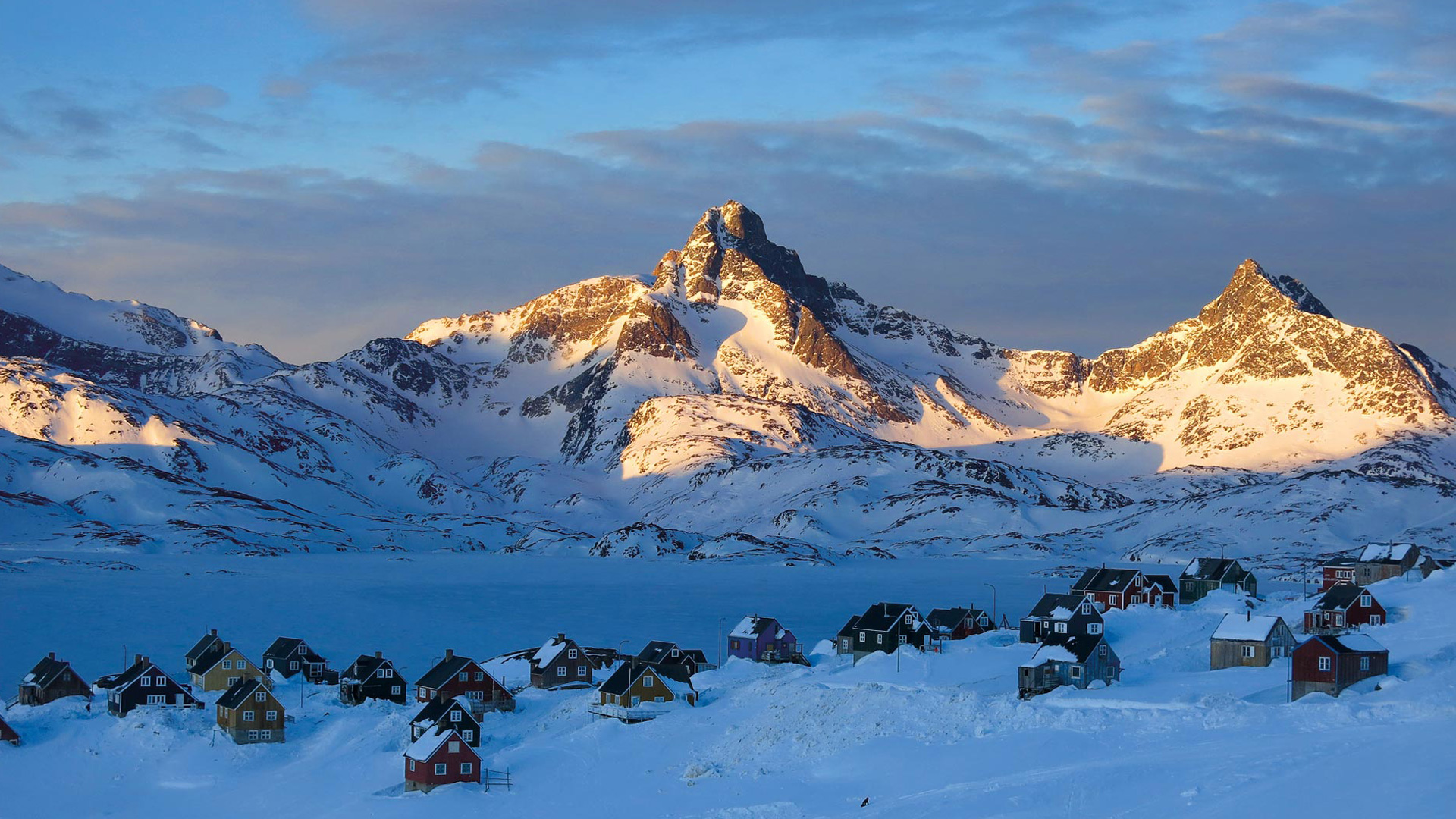 „Where the water is still”: Tasiilaq – the capital of East Greenland
Approximately 3000 people inhabit the town situated at the Kong Oscar Fjord - at the other side the impressive peaks and glacier panoramic sight. 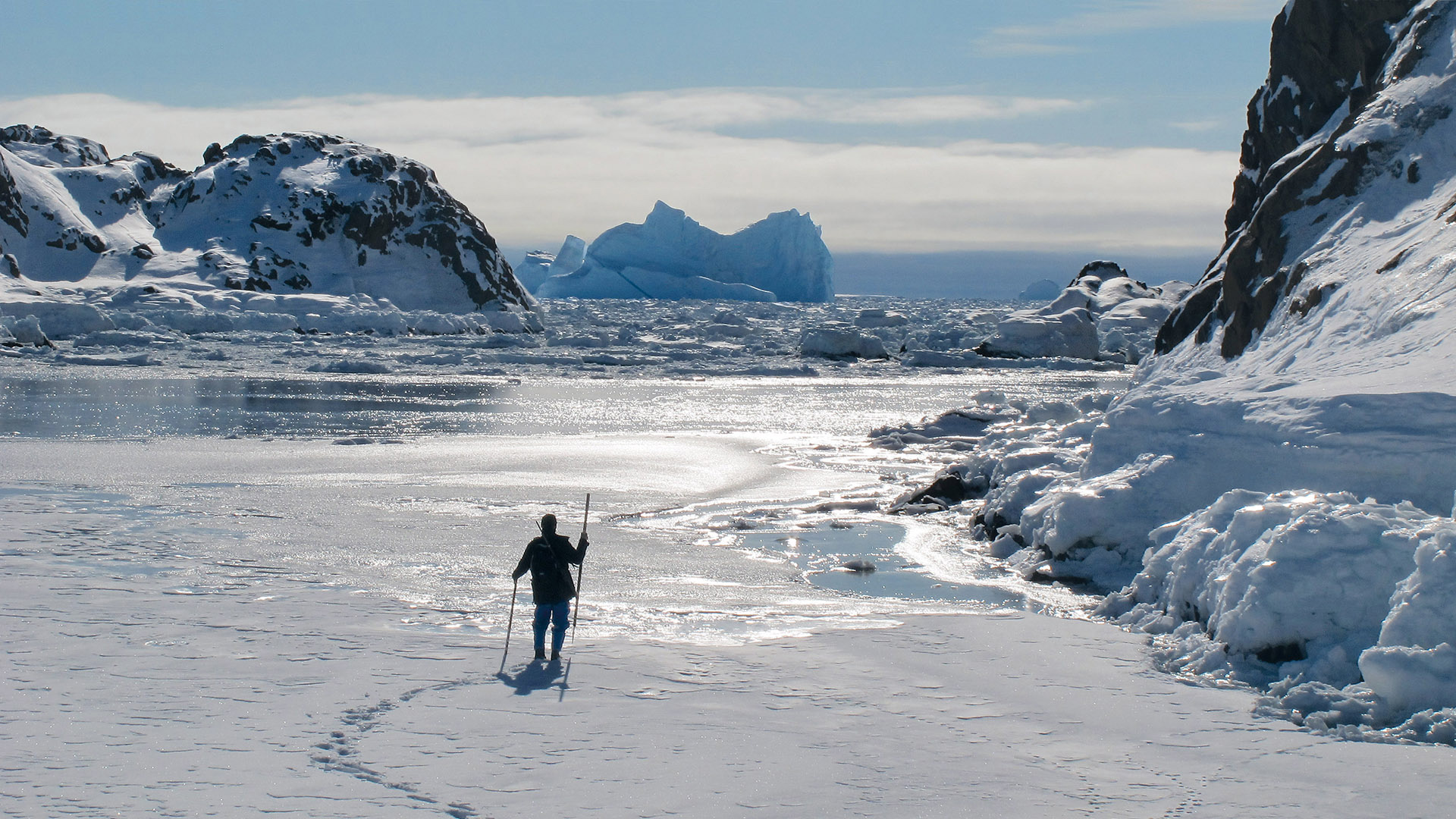 Lively Inuit culture in the pristine Greenlandic east
Dive into the Greenlandic hunters’ fascinating arctic ice world, which unifies life under the hardest conditions but with amazing natural beauty. 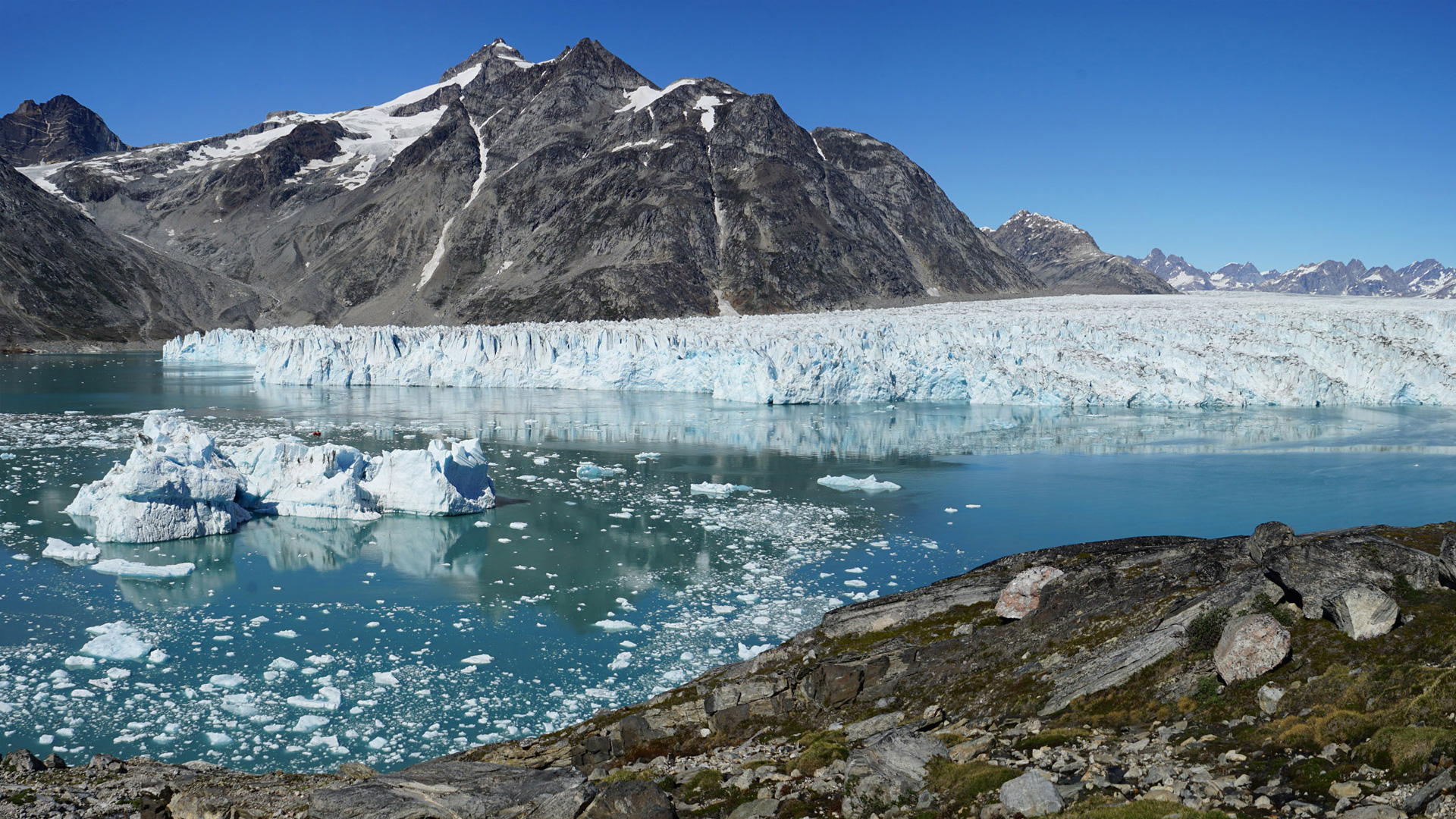 Glacial period – even in summer
East Greenland’s glacier fronts are overwhelming. In summer the giant Rasmussenglacier can be reached by boat via the deep blue fjords. 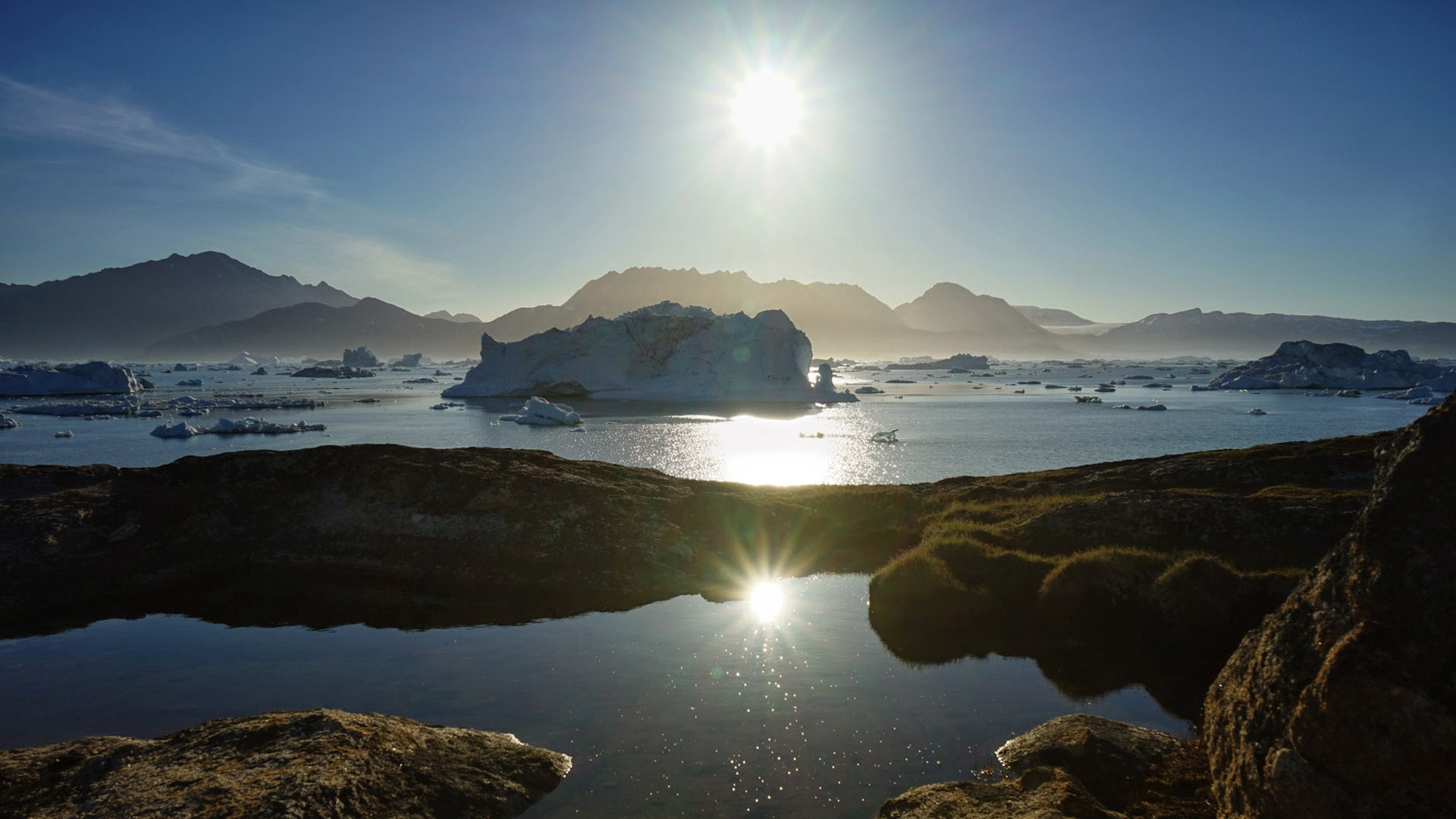 Greenland’s best travel season is every season.
In the summer the barren landscape flowers under the midsummer sun, giant icebergs sparkle in the deeply blue fjords. The winter bewitches with its northern lights in shiny colours and shapes. 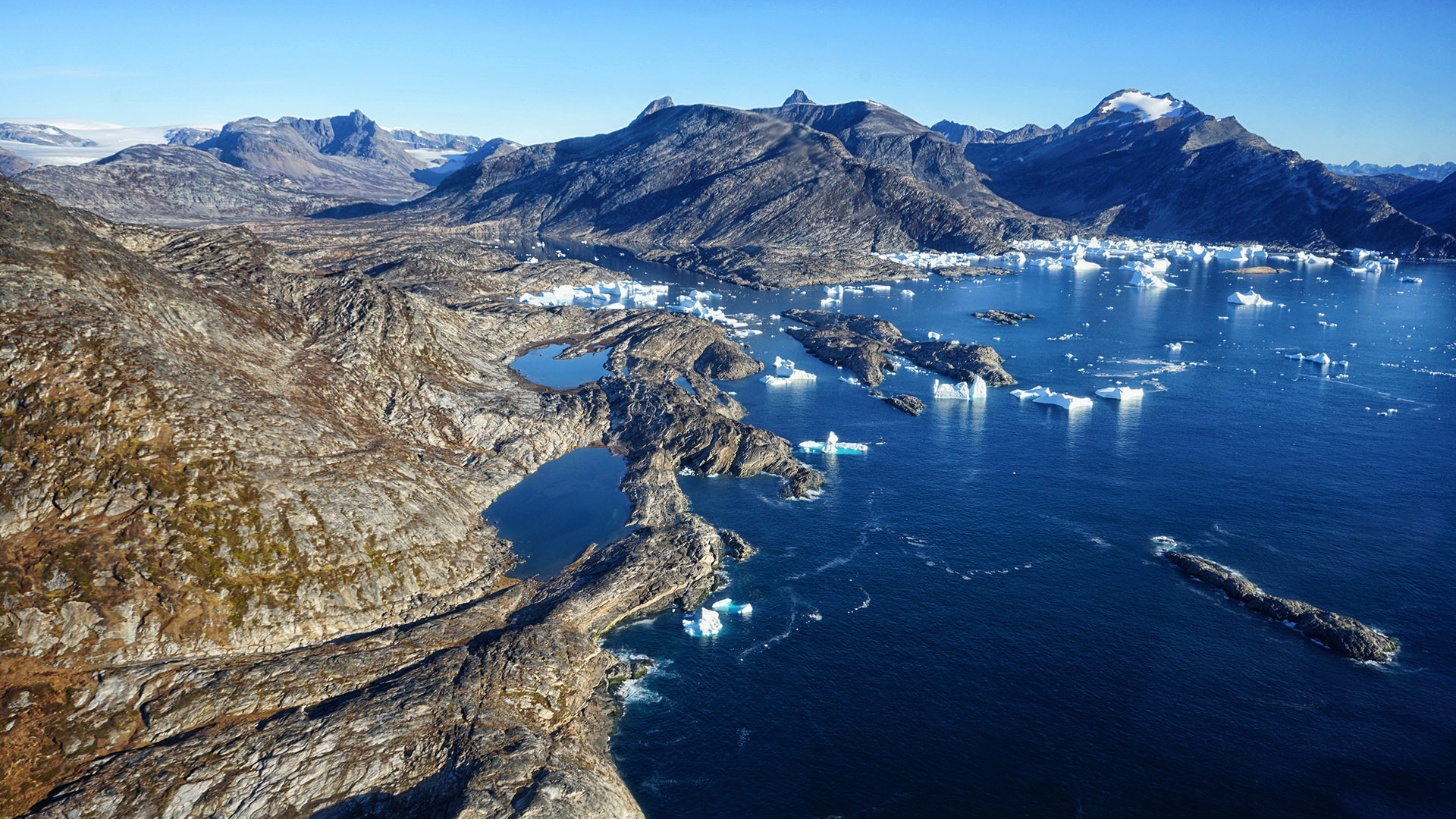 Greenland – the largest island in the world
...is fascinating: its landscapes, its inhabitants, their history, culture and society.

With this name the Viking Erik the Red, known today as the first European to discover the island, wanted to convince his land mates to found settlements there. In the national language Greenland is named “Kalallit Nanaat” which means “Land of the humans”. The indigenous people call themselves “Inuit Kalallit” in the west and “Ivi” in the east, which both means “humans”. The still popular name “Eskimo” used by Europeans even today means “raw meat eater” (in former days there was no fire to cook the food); it is considered as a curse word and should not be used. Greenland is both the world’s largest island, at over two million square meters, and the least populated country in the world. Its historic development differs between the west, south, east and north, leading to significant differences in the natural, cultural, social, economic and linguistic aspects of those regions.

The west and south:
Mild climate, smooth terrain and ample highlands; the city of Ilulissat at the world’s famous Discobay with its giant ice bergs; high standard of living from a mostly fishing and tourism-based economy; Nuuk, the capital of Greenland, with its young metropolis-island-flair.

The north:
The flat land all year round covered with snow and ice north of the polar circle; the town of Qaanaaq and the US base Thule; defined by its indigenous hunting society and culture.

The east:
The wildest part with ragged fjords and mountains next to the ice cap; defined by its indigenous hunting society and culture. 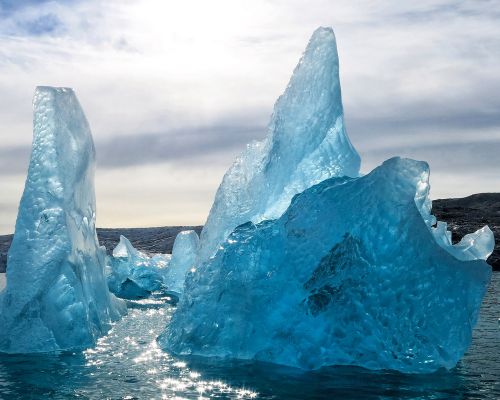 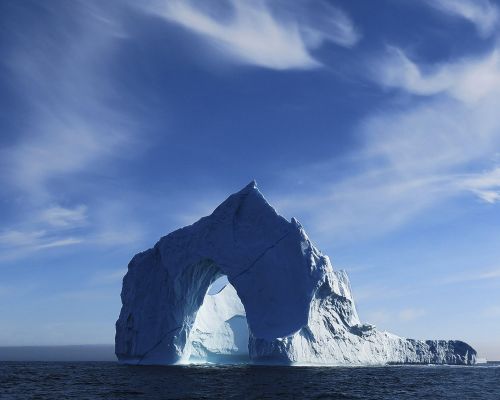 Coloured dots in between mountains and fjords – all settlements can only be reached by boat or helicopter. 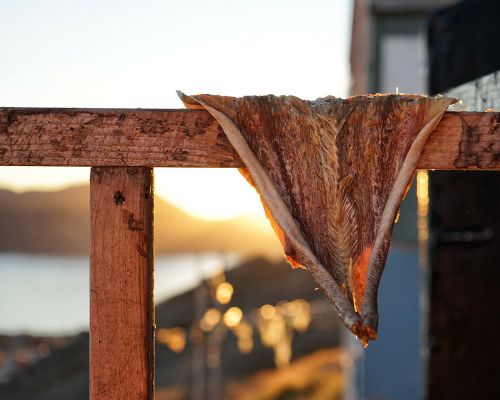 Fish and seal are still the main nutrition in Greenland. 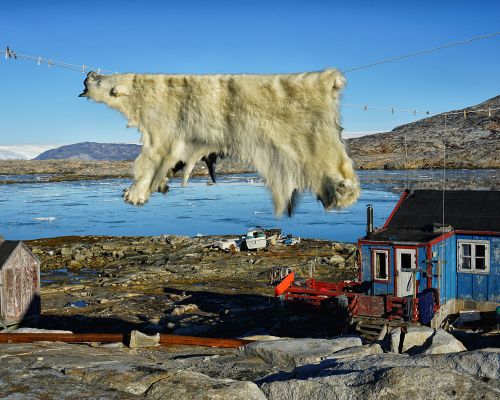 The bravest hunters live in the "polar bear village" Isertoq.

The people of East Greenland are pearls.
We just must let them live.